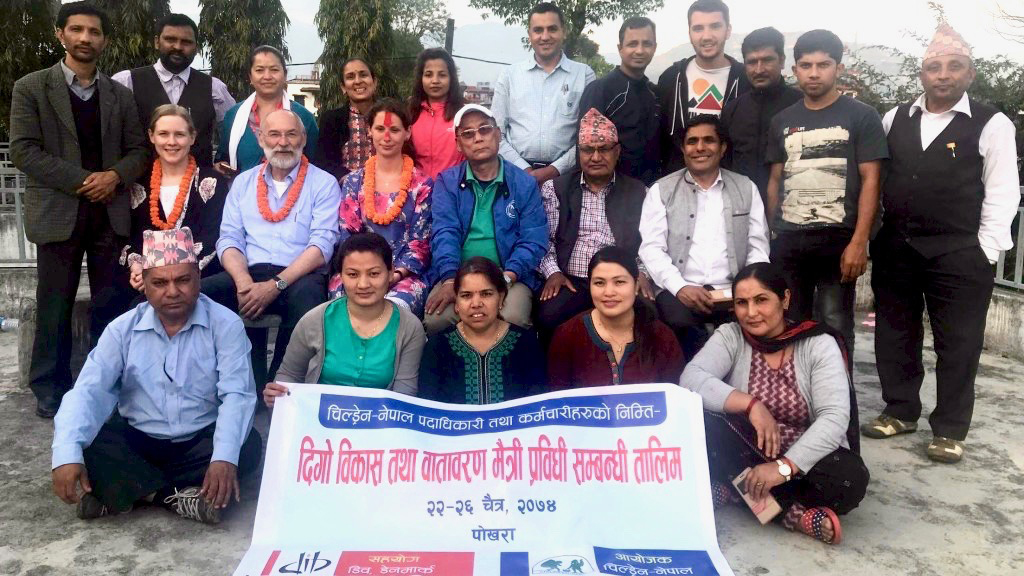 At the beginning of April, Camilla from the Nepal group visited CHILDREN-Nepal (CN) together with environmental consultant Jesper Saxgren. It was the first visit to our new project Enhancing Rural Livelihoods in Nepal, and the purpose of the visit was to strengthen CN's knowledge of organic farming and develop a strategy for the organization's work on sustainable development.

The training was based on the local area and from the first day there was great interest and commitment from the participants. We visited the village of Phallapani, where we talked to the local people about challenges to their farming. They said that they have problems with monkeys who eat their crops, and they still have failed to find a solution to the problem. The population also said that they have been using artificial fertilizers for some time, which has actually resulted in their crops being attacked more often by insects and diseases.

With input from the local population, the talk was now on how to solve the problems. Jesper taught CN in various organic farming methods, and we could constantly relate it back to our vast knowledge of the local area. During our visit to the village, we also saw opportunities to make rainwater harvesting ponds in recesses in the soil. Water shortages are also a major problem in the project villages, and since it rains only a few months of the year in Nepal, it could contribute positively to the drought periods - both in terms of crops, but also as drinking water for humans and animals.

During the training, Jesper shared his many years of experience from his previous work in Nepal. He provided input on how to work with caste differences and agricultural groups, which is very relevant to our project. CN's new knowledge in organic farming has already been passed on to the villages, and the population has great motivation to continue working on the concept in practice.

In each village there has also been established an agricultural group, which should be the focal point of the project's agricultural activities, as well as act as a forum for sparring, where others can ask for advice on agriculture.