Skip to content
Home > Nepal > The next step for cooperation 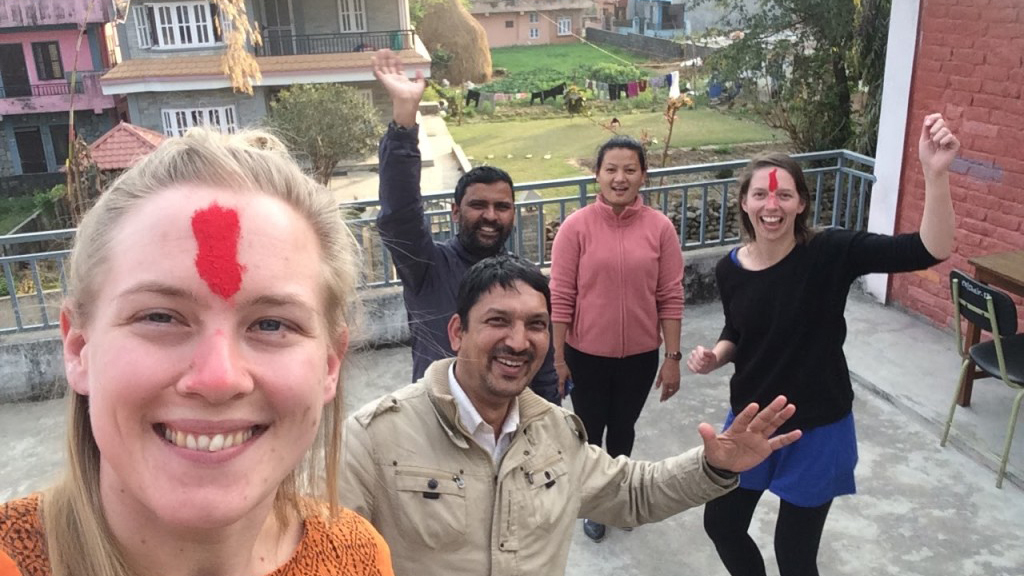 At the end of February, Lykke and Camilla traveled to Pokhara in Nepal to complete partnership intervention with Children-Nepal and jointly develop an application for a new project.

The first few days were spent evaluating the partnership project where Shiva, Krishna and Sangita from Children-Nepal presented data which they had collected in three villages. This data included, among other things, the village's resources, social conditions and dream villages. CN, in collaboration with the local population, analyzed problems in the villages and ranked them by priority. Some of the problems identified were, for example, lack of water - both drinking water and irrigation of fields, the use of large amounts of wood for firewood, which causes deforestation and landslides, poor hygiene and smoked kitchens. In addition, it is also a major problem that many families cannot produce enough food for themselves. A large part of the families in the selected areas only have food for 3-6 months from their own production. So there was a lot to do with the new project.

The following days went on to develop an LFA matrix - all to find concrete results, indicators and activities for the new project. The preparation of the application itself was done in small teams that focused on different sections of the application. A lot of work was done and it was clear that the group work strengthened the cooperation between the project groups in CN and DIB. In the breaks a lot of chai was drunk, and the brought Danish licorice pipes was a hit with the Nepalese. Sangita and Camilla also had time to visit one of the villages, which the new project aims to include. Here we were served dal-bhat, cuddled with a pet pig and talked to the local people about the challenges they face in everyday life.

After 12 days of focused work in Pokhara, the trip to Kathmandu went to visit the Nepalese partner on the EVD project, CRT / N. Together with Subas and Shovana from CRT / N, we visited the project villages in the Kavre District outside Kathmandu. We visited three villages and saw the various EVD solutions that people in the village had installed. We also had a good chat with several of the locals who, among other things, explained how the project and the various EVD solutions had affected them. However, biogas plants, which have been installed for several years, have helped to improve the manure, so that the production of vegetables has increased. The project has focused in particular on how the locals could utilize their organic waste for organic fertilizers for use in the fields. Also, the use of plastic greenhouses had allowed the population to grow tomatoes that they could sell. Several also mentioned that the indoor climate in the kitchens had improved much after the installation of the improved stoves.

In the three days we were taken to three very different villages and locations. However, the villages had in common that people were very positive about the project and the results it had created. The Nepalese were also very welcoming and hospitable, and you could not visit a home without having a cup of tea or a cup of warm buffalo milk and also being offered lunch.